Hakuya is a tall and handsome teenage guy with spiky black hair that has bangs covering his right eye due to the scar which he obtained when saving Kobeni Yonomori as a child, dark purple eyes that he can only make out light but he is used to it and he doesn't tend to show a lot of emotion that his classmates find him scary.

Later, Hakuya is revealed to be an Inugami who possesses some rather unusual abilities such as an inhuman speed and endurance, allowing him to jump long distances. He also states that he can shapeshift into a black dog but refuses to do so. He sleeps a lot as he needs to make up energy in place of his missing power, used to save Kobeni.

Hakuya appears to be a calm, quiet, and serious boy whose personality remains a little known intelligence. He is a taciturn and personable character in which he is a bit alien to the world and slow to catch up. Mashiro Mitsumine mentions that he usually doesn't like sweets, but he still ate them because Kobeni Yonomori made them. Although he doesn't show his emotions through expressions, Kobeni can usually tell his feelings just by looking at him. He is shown to have patience and control over himself most of the time, rarely showing any kind of reaction or emotion to his surroundings. He can very serenely endure Benio's constant aggressive intentions towards him, his mother's thoughtless comments, Mashiro's tantrums, and Kobeni's constant embarrassment and insecurity for their relationship in general. He cares a lot for his younger sister, Mashiro, and tries to keep her out of harm's way and help her in her strange hobbies. Hakuya usually doesn't mind giving in to Mashiro, but he's always capable of putting a limit on his and hers well-being. He's too protective of Kobeni. For example, he follows her constantly and, on one of those occasions, goes to the best seller for her. He rejoices in any little thing Kobeni does for him. Although at first most of his classmates were afraid of him because of his appearance, he began to get along with his male companions because of his sports skills and his serious comments that people think are jokes (according to the manga). Hakuya despite appearing disconnected from the world in general, is very good at memorizing and imitating things just by looking at them, an example is that he can imitate athletes on the Internet just by watching their videos and he can imitate Kobeni when he cooks just by looking at her. These skills allow you to be very good at certain subjects that only require memory.

Kobeni is Hakuya's fiancée and childhood friend. They used to play together as children when Kobeni visited his homeland in the mountains, though Kobeni did not initially realize it was him since he was still in his Youma form as a black dog. During that time, Hakuya lost sight of Kobeni for a brief moment before she fell off a cliff, almost losing her life. Regardless of having his right eye scarred from falling off the cliff with her, Hakuya passed on half of his inhuman power to her in order to save her life. As a result of passing on half of his powers Kobeni was left with a weak constitution because his powers were not completely compatible with her body, resulting in her experiencing episodes of illness and fevers, seen multiple times in both the manga and anime. Nonetheless Kobeni lived through the experience thanks to him.

It is stated by Mashiro many times that Hakuya was raised to become Kobeni's future husband and has no objections against the idea. Because of his dog-like nature, Hakuya is protective of her and follows her around, always keeping an eye on her and helping her whenever he can. He had also flat out said that he liked Kobeni when her friend, Mayura, asked him what he liked in attempt to help Kobeni figure out what to give him as a Valentine day present during episode 4. Also, though his outward appearance does not show it, he actually gets extremely happy whenever she reciprocates his feelings through her little comments and actions.

Kobeni at first did not like the idea of ​​marrying Hakuya for not remembering him, but as she gets to know him, she gains affection for him. Kobeni currently seems to reciprocate Hakuya's loving feelings for her, due to her becoming jealous of Suetsugi when she tried to ask Hakuya to marry her or when Hakuya rescued her and asked him not to separate from her like that again. . .

In the manga, for a moment, Kobeni was about to tell Hayuka that she liked him too, but was interrupted.

Usually Hakuya always thinks of Kobeni and thinks she is the best girl in the world. For her, even the smallest thing Kobeni does for him, Hakuya appreciates from the bottom of his heart. The mere idea that Kobeni hates him is enough for Hakuya to fall into Depression.

Mashiro is Hakuya's little sister. Due to his blunt personality, Mashiro is very attentive to him and explains many things that Hakuya cannot understand, in the same way, Mashiro explains to other people facts about Hakuya that others cannot understand with the naked eye. This causes Mashiro to move into Yonomori's house with him. Mashiro has shown that she cares for her brother, admires him and wants him to be happy, so she works hard to get Kobeni to accept that she is in love with Hakuya and is a perfect wife for him. Often times, Mashiro seeks out Hakuya primarily to protect herself from Benio or for him to comfort her when she feels sad, scared or wants to cry, such as when Suetsugi insults her or when she discovers aliens.

Mashiro is also Hakuya's love advisor and helps him understand many facts about Kobeni that Hakuya himself cannot understand.

Hakuya knows Mashiro really well, so he knows how to please her, manipulate or scold her. She always tries to be a good big brother, making sure she eats well, behaves, and doesn't get in trouble. He tries to help her whenever possible like when I try to help her to eat Natto.

Usually he gives a lot to her just to make her happy.

Benio always hated the idea of ​​Kobeni marrying Hakuya because that would mean that it would take her away from her. Due to her sis-con personality, she is very jealous of Hakuya when Kobeni pays more attention to her. She is also somewhat jealous of Hakuya, as he is Mashiro's real older brother, who she wants to be. Benio doesn't hesitate to intentionally insult or shove Hakuya in her face, which Hakuya generally doesn't mind.

Normally, Hakuya doesn't like a lot of the things that Benio does to Mashiro and her crazy personality to the point of feeling disgusted by her. A clear example of this is when Suetsugi baselessly accused Hakuya of being in love with Benio, which almost caused him to nearly pass out because of how impossible it was. Also on one occasion in the manga, Kobeni hinted to Hakuya that if she hadn't taken Benio's place on the day of the accident, Benio would be Hakuya's fiancée instead of Kobeni, this fact is enough to simply horrify him.

Benio despite treating Hakuya badly in general or intentionally ignoring him, deep down holds him in high regard because he saved Kobeni's life as a child. Benio feels that she will never be able to pay Hakuya enough to save Kobeni and she will be eternally grateful.

Hakuya, while generally ignoring Benio, is also considerate of her asking about her health and well-being as Kobeni's sister-in-law and sister.

The only time the two can really get along is when they talk about Kobeni. In the manga, Hakuya can sit for hours to carefully listen to Benio recount her anecdotes and experiences of Kobeni throughout her life and admire the hundreds of Kobeni photo albums that Benio has with her.

Because Hakuya is older and more self-sufficient than Mashiro, he doesn't pay as much attention to her as his youngest daughter, although that seems to have Hakuya careless.

Hakuya appreciates her Mother very much. He appears to be an obedient and gentle son to Shirayuki, helping her with household chores, buying her souvenirs when she returns home, or helping her take care of Mashiro when Shirayuki cannot. Hakuya doesn't like her mother talking too much without thinking or asking before, like when she revealed to Kobeni and Benio that they weren't human in her family or when she revealed to Kobeni that she had to give her half of her powers to save her.

Like Kobeni, Shirayuki knows her son so much that she is able to read their expressions just by looking at him, which very few can do with how monotonous Hakuya is. She worries that her son seems too busy because of Benio. She is very confident that Hakuya and Kobeni will get married one day.

They both get along and are very good friends.

To Mayura, she seems to sympathize with Hakuya and has a lot of confidence in he because she doesn't hesitate to speak up and ask questions about he and he sister. Mayura seems very interested in Hayuka's personality and her love for Kobeni.

Similarly, Hakuya seems to sympathize with Mayura and does not hesitate to talk to her and answer her questions because she believes that she is a trustworthy person and is Kobeni's best friend.

She likes trying to help her improve her relationship with Kobeni and, like Mashiro, taunts Kobeni by hinting that she likes Hakuya.

Akane is Hakuya's future Mother-in-Law and Hakuya is her future Son-in-Law. They are both on good terms and get along.

Like Benio, Akane feels that she will never be able to pay Hakuya enough to save Kobeni's life as a child, so she does not hesitate to allow him to live in her house and give her her blessing to marry Kobeni if ​​she accepts it. .

Hakuya seems to have a lot of respect for Akane for being the head of her household and being able to support them all for herself.

Akane really likes to see her daughter react shyly when Hakuya compliments her, comforting herself with the youth and innocence of their relationship. 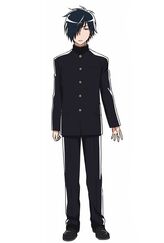 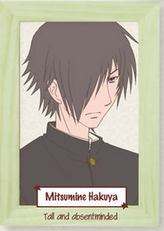 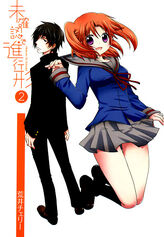 Add a photo to this gallery
Retrieved from "https://mikakunin-de-shinkokei.fandom.com/wiki/Hakuya_Mitsumine?oldid=5752"
Community content is available under CC-BY-SA unless otherwise noted.